Great scores can come from the most unlikely places.

One of the great aspects of working a retail day job is that it gives me access to large amounts of packing material for free. My employers generally pay to have mountains of styrofoam peanuts, bubble wrap and other great packing materials hauled away and are more than happy to hear that I will remove and recycle it for free by taking it home and using it for Grrl Pickers shipments.
There are other benefits to working  with people outside my personal circle of friends and one of those is that strangers can be a untapped source for great leads and.or items to sell.

A week or so ago I commented on a co-workers necklace and she told me that she bought it on Etsy which led to a conversation about great thrift shops in her area (Plymouth, MA). That information, that I would not otherwise have had, can be counted as good score. A GREAT score is something entirely different and you never know when and where they are going to hit.

I happened across a GREAT score today and since it knocked my socks positively into next week, I just have to share the wonderfulness of it.

A few weeks ago, I was in the lunch area at work and was checking my email. I got all excited when I had notifications that 4 pieces of sheet music had just sold from the Grrl Pickers ebay store and my boss noticed so I kind of sheepishly told her what I was so excited about.
(I mean, the total profit was only about 20 bucks but as small potatoes as it was, it was 20 bucks that I hadn't had when I woke up that morning...) My boss was amused by my enthusiasm and mentioned that she had some sheet music gathering dust at home and would bring it in and give it to me to sell.
I normally make a rule that I don't sell on commission (I am not nearly enough organized for that) but the high of the recent sale got me a little giddy and she is my boss (who wants to say no to thier nice boss?) I agreed to look at what she had.
She brough the music in today and even tho my seller's high from the last sale had worn off by this time, I got excited all over again when I saw what she had: 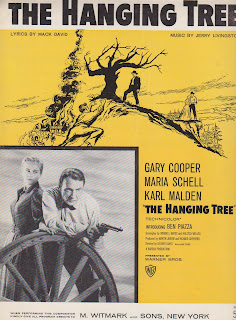 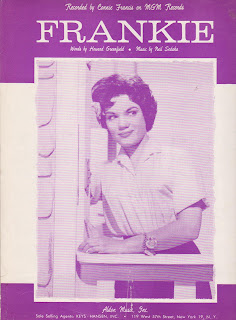 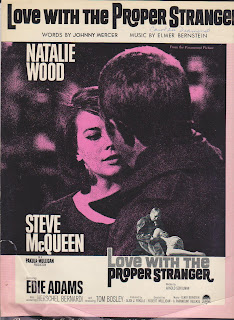 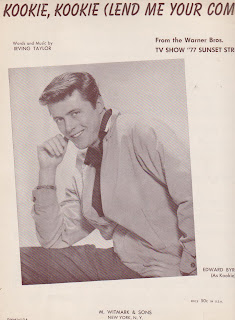 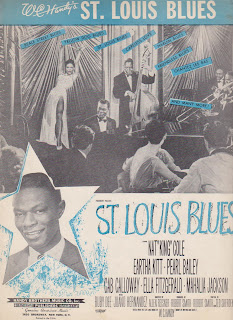 My boss knew the stuff she had was cool and she can sell the heck out of mass produced clothing for the retail company we both work for but I don't think she really had a good grasp on just how sellable pop culture actually is. After seeing the music I offered to sell the pile of 20+ pieces and split the profits with her to which she replied,"Oh don't be silly, you can have it."
Um, no. I like free stuff as much as anyone but I'm quite sure that packing peanuts and rare sheet music really aren't in the same league when it comes to the "Oh, you can have it" catagories of free stuff.

These pictures are of some of the best pieces that I put up on ebay tonight but there are more and I have a feeling that even tho she doesn't want any of the profits, I am going to have to do something extra nice for her to make sure my karmic score stays even. Snacks for the breakroom? Come in for crappy early Sunday shifts? Clean the bathrooms? I'm sure I'll think of something.

Til then, I'm gonna ride this good score feeling as far as it will take me.
As my husband Michael says,
"Laura will buy a postcard for a dime and gets all excited when she sells it for a dollar."
Yep, that's pretty much sums up my low rent selling but oh, the feeling of having that 90 cents that wasn't there when I woke up that morning?
Priceless....
: )

Posted by Grrl Pickers at 6:58 PM No comments: