We finally got on the bandwagon this week and joined Twitter.

Not really sure how it offers anything different from Facebook but it has been fun looking up interesting folks and seeing what they are twittering about. I guess it's kind of like Facebook "lite", you get the info but don't have to scrawl though a million cute cat/puppy photos to get it.

So far, we like it but it remains to be seen how useful it's actually going to be for us.
(or just yet another distraction that keeps us from posting new items in our shops and doing more productive things, like the dishes perhaps...)

Twitter did offer us one GIANT thrill the first morning after we set up the account.
We had randomly followed a handful of people we find interesting and then logged off for the night,  the next morning was like Halloween Eve and Christmas Morning all rolled into one to find we had one follower, it wasn't our parents or even a close friend,

it was freakin' CLIVE BARKER!

("CLIVE freakin' BARKER"?, Just where do the rules of writing say the 'freakin' should go in a proper sentence? I'm not sure...)

Now,
we didn't just fall off the turnip truck and we know that Mr. Barker is most likely hard at work on a new novel, painting, film, canoodling his squeeze or petting his dogs.
The man himself likely has very little time left in his fascinating life to wonder what a couple of strangers halfway across the world are up to in their little basement running a vintage resale business.
It is highly more probable that his agency is behind the Twitter account and we were actually followed by a junior level assistant who was too tired to realize they we're clicking on our account to follow (we were officially followed by his account at about 3am Eastern time).
No matter to us, as many who have done business with us can attest, we're not proud and our official motto should actually be,
"We'll take it!"

We are still completely stoked to be able to say with all honesty,

If absolutely nothing else comes from this Twitter thing, that all by itself made the small effort of starting the account totally worthwhile.

We are genuinely twitterpated over this development and could ride this high at least another week or 2 if not for the rest of our (well, at least Laura's...) lives.

PS. Also of intrest, blogger spell check dictionary has no record of the word "Twitterpated", they really should update thier dictionary. I mean, Bambi was relased in like 1930 or something, get with the program spell check...   : )

Posted by Grrl Pickers at 7:54 AM No comments:

New items are being added daily to both our eBay and our Etsy shops in preperation for the upcoming gift giving season. We are especially proud of this item as they were handcrafted
by Grrl Picker, Lacy Berman.

Great for wine, tea light candles, fill with candy or a gift card, the mind boggles as to how many awesome gift ideas this one item brings to mind! 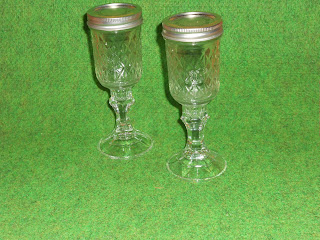 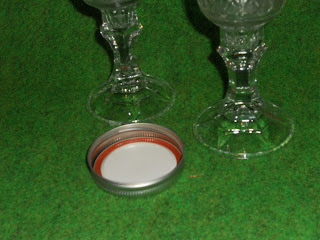 Posted by Grrl Pickers at 5:58 AM No comments:

While wrapping a package just moments ago I stumbled on a solution to a problem that has been daunting me ever since I started selling on line and mailing out packages on an almost daily basis.

Namely, the horror that is cheap tape.

I love fancy brand tape, it's thicker, it sticks better, it doesn't tear into skinny little strips that make the whole rest of the roll 'not quite right', it's just all around awesome-tastic in every aspect except one.
That is,
it costs nearly 3 times (and sometimes more than 3 times) the price of cheap dollar store/job lot tape.

Til today I have had an arsonal of tape for every occasion hanging on my tape rack,
(old coat rack nailed to the wall next to my desk but that's a tip for another post...)
but now,
LO!
I have discovered that it is not actually the fancy schmancy tape that I have coveted for special use through the years, it is actually the fancy schmancy dispenser that has been my faithful friend!

I still love the plaid brand tape, it does actually rock like no other for larger packages more loaded with fancy things but for basic shipping needs, taking the dollar store tape and sticking it in the old used up fancy dispenser works perfectly!

I don't need thick tape to make sure an address label stays put or to tape down that metal latch on a large envelope doesn't cause my package to get torn to shreds by some automated mail sorter at the post office, cheap thin tape works just fine for that purpose if I only could get it to stop shredding into strips of odd widths and just come off the roll smoothly... 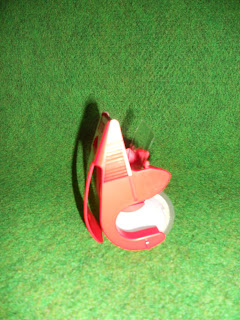 Note the cheap tape sticking up jauntily ready for use and not sticking to the wrong side of itself!

Yep, me and my brain are feelin' pretty groovy right about now...

Posted by Grrl Pickers at 2:20 PM No comments: